Accessories and equipment are from Tamiya kit “Modern US Military Equipment Set”.

A lot of pictures have been found in Primeportal and interesting videos at the Military Channel.

Some parts have been scratch-built; for example the EPLRS antenna with its base and the Tank Infantry Phone.
Special effort has been put in correcting the M2 .50 machine gun and its mount; I added the solenoid and the wire activating it from inside the turret, the roller touching the butterfly trigger, the J-shape handle for the cocking pulling cable (used to chamber a round).
For detailed reference about this topic see this picture gallery and this thread in Armorama forums.

At a later moment I have built a diorama around this model. Scroll down to view it. 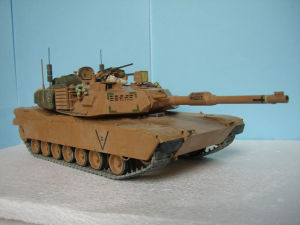 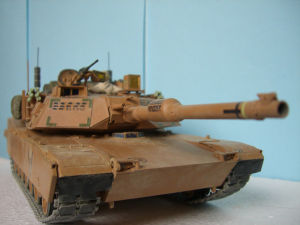 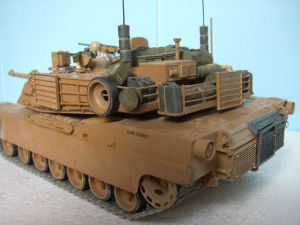 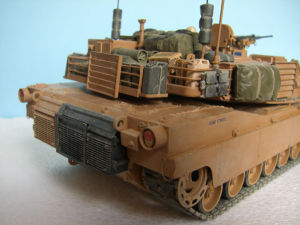 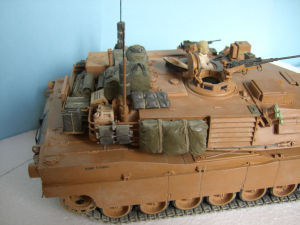 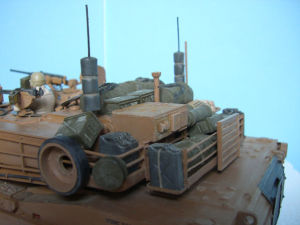 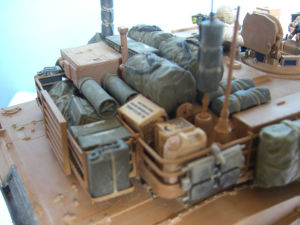 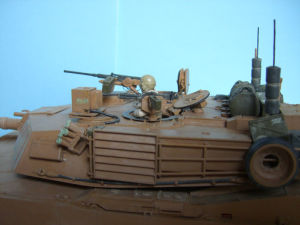 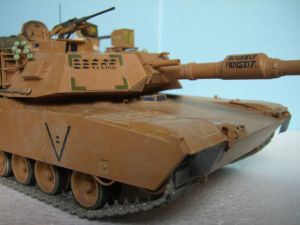 For the diorama I have used the Verlinden kit “Garden Park Wall with Gate Iraq” (p/n 2294).

The palm tree has been built following the technique proposed by Chas Young in Armorama (see his tutorial here).
In my palm tree I have also added Verlinden photoetched palm leaves, that I had previously purchased.
Verlinden leaves are too small for a tree and definitely not as realistic as ficus benjamina leaves.
After having compared the two solutions I fully agree with Chas that photoetched leaves are not the right choice. 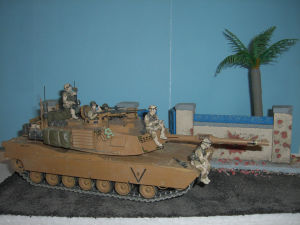 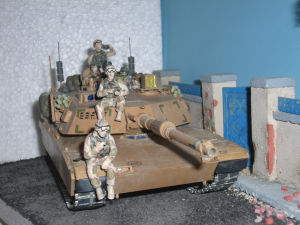 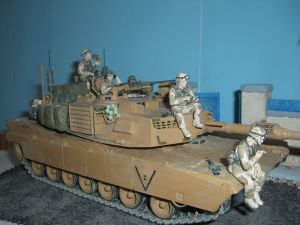 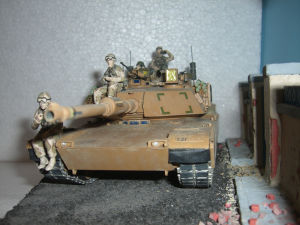 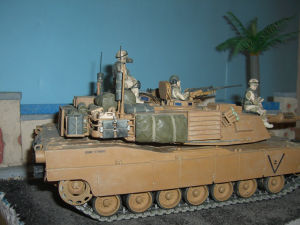 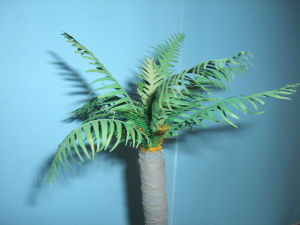